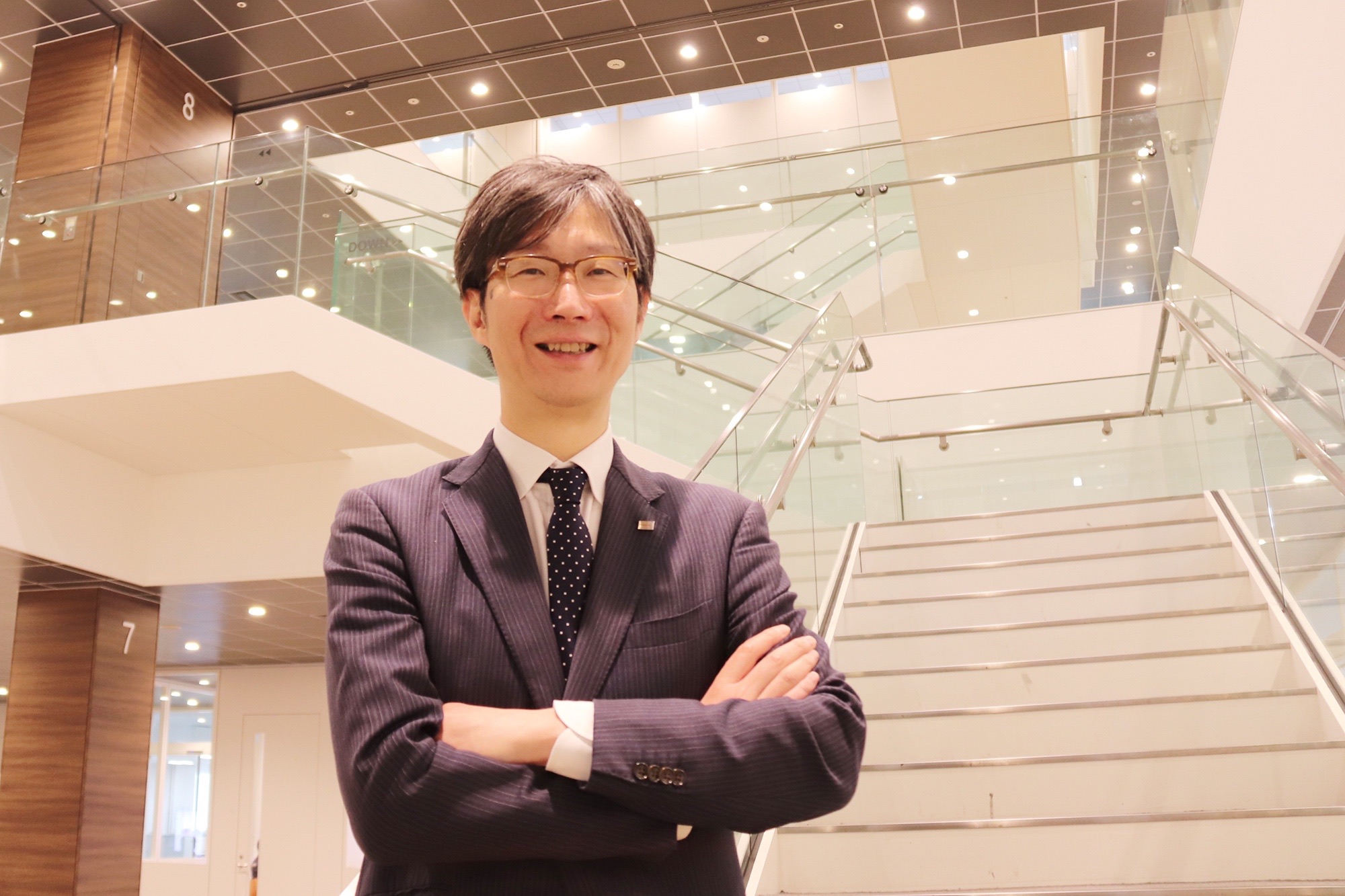 For many of us, cell phones were the latest trend when we were growing up. But they were limited in capabilities. The Googles, Facebooks, and Amazons of the world were still big ideas in the minds of young entrepreneurs. Fast forward not that many years later, and everyone has a smartphone—we shop, we chat, we play and we learn online. We cannot imagine our lives without the internet. What would we do without our Google searches, our iPhones, or our Facebook profiles, and Amazon accounts? In an era where just about every other product is digitally connected, the common denominator—as shown by the overwhelming success of Google, Apple, Facebook and Amazon (GAFA)—is Data.

In November 2018, Toshiba announced its goal to become a world leading Cyber-Physical Systems (CPS) technology company, as part of the “Toshiba Next Plan,” a five-year plan for company-wide transformation. We asked Corporate Vice President and Chief Digital Officer Taro Shimada, who is in charge of Toshiba’s Digital Transformation (DX) to a CPS technology company, about how Toshiba intends to utilize data in its businesses in the future. 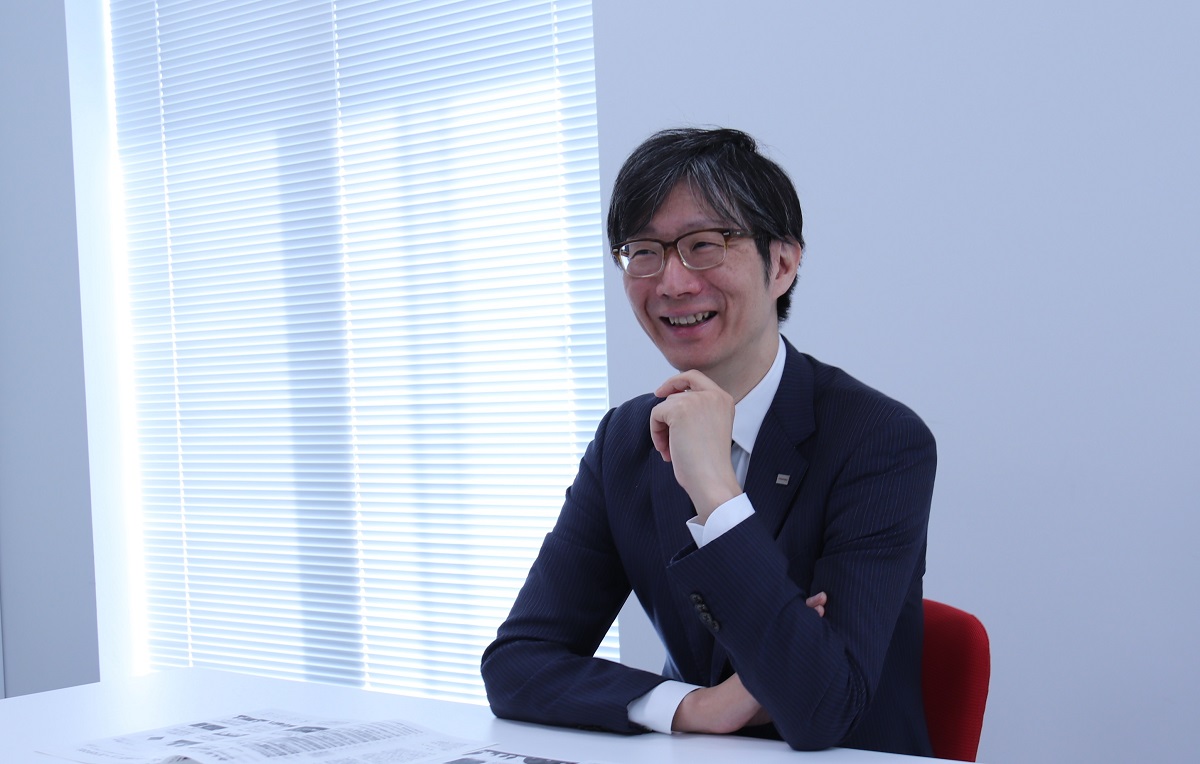 Cyber + Physical = CPS: The best of both worlds

What exactly is CPS technology, and why is Toshiba making it the focus of the company? Shimada explains.
“There are several definitions for CPS, the one I refer and relate to comes from the National Institute of Standards and Technology (NIST) which states: Cyber-Physical Systems (CPS) comprise interacting digital, analog, physical, and human components engineered for function through integrated physics and logic. These systems will provide the foundation of our critical infrastructure, form the basis of emerging and future smart services, and improve our quality of life in many areas.”

Think of a modern power grid, there are a number of remote sensors and smart meters that are constantly providing data feedback to utilities at a central station. If there is an increase in demand, output can be adjusted, or if a storm knocks out several power lines, power can be rerouted as to minimize the impact of the outage.

“The GAFA companies developed completely new business models—ones that hadn’t existed before, such as search and cost-per-click, or building an ecosystem of apps and services tied to a smartphone or revolutionizing how we shop or share information with our family and friends. Each is unique, but they all share one commonality, they only exist inside of computers, and that’s not enough,” says Shimada.

According to a 2018 study¹ by the Ministry of Economy, Trade and Industry, e-commerce makes up 5.79% of sales in Japan. In other words, about 95% of consumer sales data is currently out of reach of the business sphere.

“I often say there are two types of data—data created by people or “human data”, and data created by physical products and machines or “physical data”. GAFA and other leading technology companies have established business models that focus on human data, but business models utilizing physical data haven’t yet been fully realized In fact, the movement to bring value to customers based on physical data is at the beginning stages,” says Shimada.
1: “FY2017 Survey of Infrastructure Development Status for Data-Driven Society in Japan (E-Commerce Market Survey),” released April 25, 2018, by the Ministry of Economy, Trade and Industry

“Here at Toshiba, we have a lot of touch points with our customers through the physical products we provide them. And we will begin leveraging the information and data from these physical products in order to deliver more value to them. What we want to do is take the data generated on the cyber side and combine it with data that comes from the physical world, to create new value for our customers. Toshiba is already a contributor in the ‘cyber’ world, providing manufacturers and other companies with various digital solutions. And on the physical side, we have our own AI-enabled machinery, robotics and various other electronic technologies, which we spent years researching and developing. I believe we can create something unique that’s never been seen before by combining technologies derived from these two aspects.” 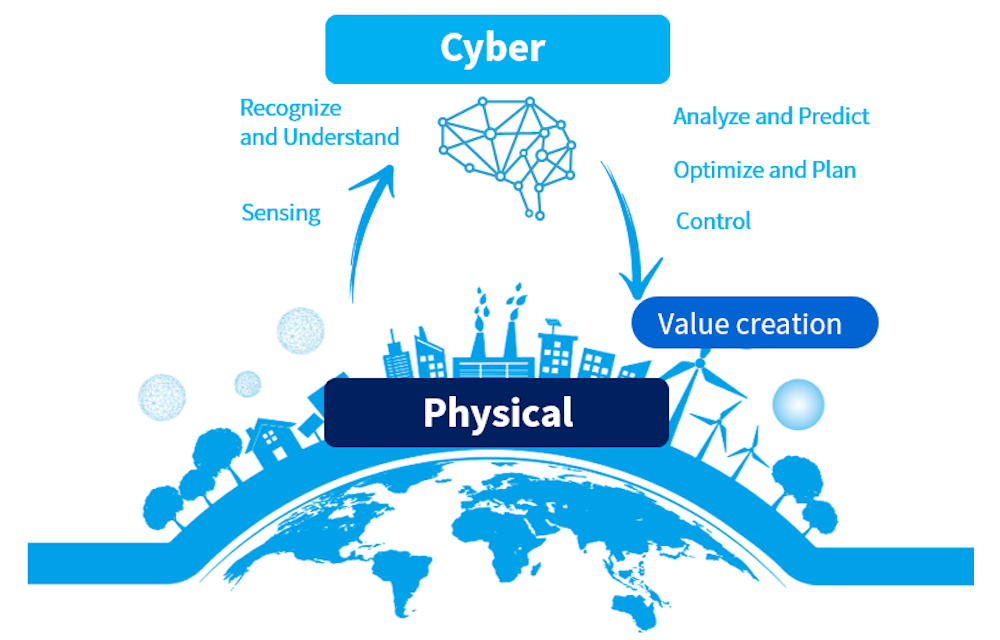 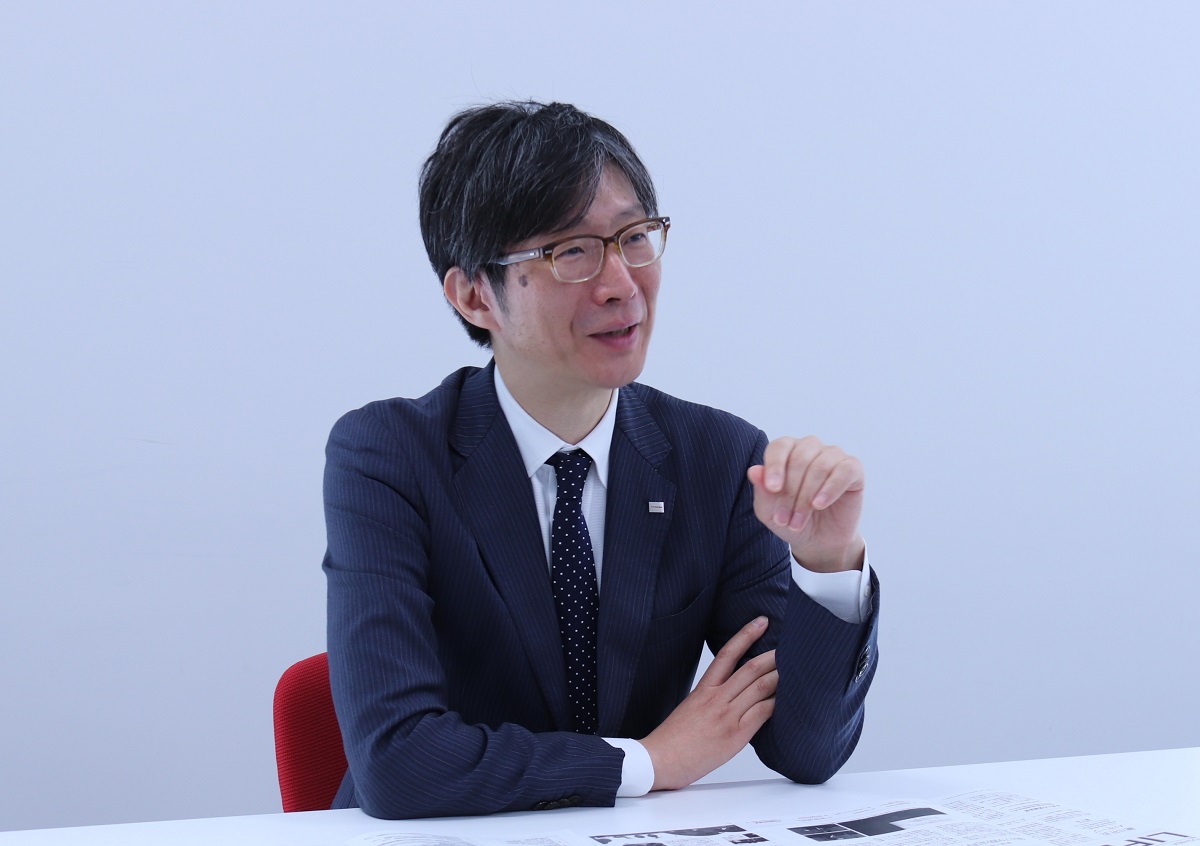 “DE happens in the existing value chain—it’s like friends or business partners getting digitally connected with each other, but it does not really deliver new value. It also happens step by step. It can promote streamlining, but that’s not enough. When we promote transformation, we take digitalization beyond that simple level of optimization. Value chains become looser, more layered, with independent players interacting with each other. There will be more autonomy and inter-operability. In the digital world, if you limit the value you aim for, and do not reach out for more, you end up sacrificing yourself on your own lack of effectiveness.”

DX has become a popular buzzword in the business sphere, and one that many companies—even outside of Toshiba and the manufacturing industry—see as a path for future growth and development.

“Businesses that seize the opportunities enabled by DX have strong prospects of becoming a platformer, not in the monopolistic sense, but in the sense that it allows everyone to thrive. In Japan, we have a traditional business philosophy called “sanpoyoshi”, which means good for the buyer, the seller and society. Being a platformer means being involved in the layer stack ecosystem, which in a nutshell, allows you to plug-and-play with others—even with your competitors—to provide products and services and to reshape the value chain. And I believe there are absolute minimum requirements to be a platformer: a robust ecosystem; reference architecture; an established partner management system; and a customer base.”

Reference architecture, he continues, is “like a specification sheet for a motor. Without it, you can’t even make an app.” A blueprint, in other words—except it’s available to the public. A reference architecture accessible to public is an asset to engage others, and leads to building an ecosystem that involves many partners.

Creating a “Toshiba Understanding”: DX for All

The process of DX is not without its own obstacles, however. There have to be fears within the company, what do employees think of this transformation? Do they agree, and are they all driven to the same goal?

“I think I’ve given over 100 presentations on DX in the company. I’ve presented it to every single one of the executives, and at the board of directors meeting. I even held an information session for general managers and for anyone else involved. I want every single one of Toshiba’s employees to feel—as I do—that we have to go digital, otherwise we won’t survive as a company,” says Shimada.

In February 2019, more than 100 employees were invited to headquarters for an in-house pitch for DX-based business ideas. The event was filled with energy, with younger employees and the senior Presidents of Group companies presenting their business ideas on the same stage. All participants—regardless of their age or division—were there to build, through DX, the future of the Company. Some of the ideas presented at the pitch is now under consideration for future commercialization. “We can’t bring all into commercialization, and some will take time, but there are definitely ideas that can be brought to market,” says Shimada.

FY2019 marks the first year of the “Toshiba Next Plan.” In April, the company established a new Cyber-Physical Systems Promotion Division under Shimada. Toshiba’s transformation into a CPS technology company has just begun. But every one of them is aiming for the same vision —not only the executives but to all employees— to turn on the promise of the new day.