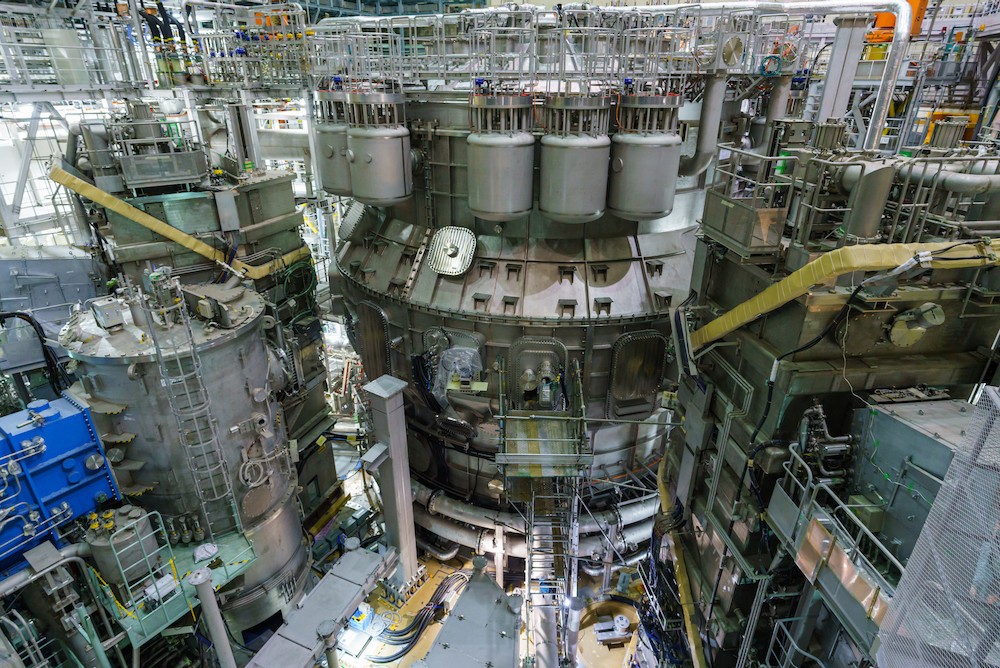 Japan has committed to zero greenhouse gas emissions by 2050. And like Japan, all of humankind must find ways to reduce CO2 emissions and develop new sources of energy with less impact on global warming. One such solution is fusion. This is the opposite of nuclear fission, which involves splitting a heavy atomic nucleus. This is what conventional nuclear power plants do. Fusion, on the other hand, involves joining light atomic nuclei together. It does not produce any high-level radioactive waste or CO2 emissions, and it can be halted at any time so there is no danger of a runaway nuclear event. It generates massive amounts of thermal energy via the same process that occurs within the sun, yet is perfectly safe. It truly is the dream energy source of the future.

Research into fusion is happening all around the world. The biggest undertaking is ITER, the International Thermonuclear Experimental Reactor, possibly the single largest research project in the history of humankind. Japan is playing a major role as leader of the superconducting fusion testing facility known as JT-60SA. This will be used to perform a number of groundbreaking performance tests. The next step is validation testing of a prototype reactor, followed by implementation on a commercial reactor. 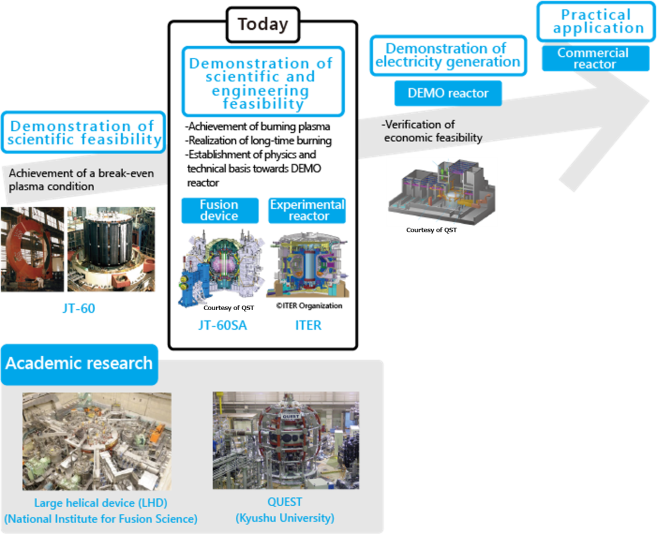 Roadmap of development of fusion reactor

In Part 1 of A Fusion of the future– meeting the challenge of ever increasing demand for energy whilst reducing CO2 emissions we discussed the key role of JT-60SA in plasma* ignition testing and validation, and looked at the process of assembling this cutting-edge piece of machinery. In Part 2 we will examine the assembly process in more depth, with a particular focus on the people who made it happen.

* The fourth physical state of matter (after solid, liquid and gas). Fusion generates plasma at more than 100 million degrees Celsius.

In one corner of the Naka Fusion Institute, in the unprepossessing town of Naka city in Ibaraki prefecture, is an enormous apparatus rising some 16 meters into the air and holding in its center a donut-shaped vacuum vessel. This is the JT-60SA, a massively complex engineering project overseen by Toshiba in conjunction with the National Institutes for Quantum and Radiological Science and Technology (QST).

The JT-60SA is designed and built to tolerances of just a few millimeters per ten meters—an incredibly high level of precision. Many of the major components have been fabricated overseas and assembled at the Institute. This has been a complex and difficult process. Welding the vacuum vessel that generates the plasma was particularly challenging, as was positioning the support struts under the vessel. We asked Keiichi Sagawa, project leader at Toshiba, to tell us which aspects had really tested the capabilities of the Toshiba team. 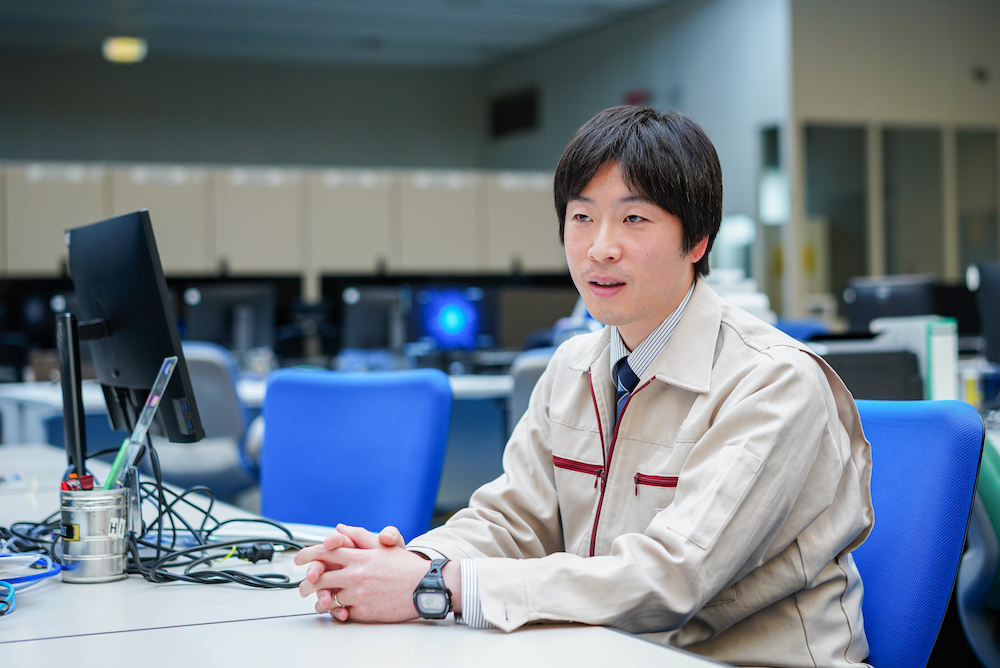 “We developed a special welding technique designed to minimize deformation,” says Sagawa. “Then we had to adapt it to every different weld point. And we had to offset each component of the vacuum vessel ever so slightly during welding. If our calculations had been out, the vacuum vessel wouldn’t have been a perfectly circle any more—it might have ended up more like a spiral. We had to measure each piece in three dimensions and simulate the degree of deformation caused by welding. And then of course we had to be extremely careful during the actual welding process. It was a constant back and forth, trying to compensate for the few millimeters of shrinkage caused by welding.”

“The next step after welding was to attach the gravity support struts to the vacuum vessel. This was one of the most challenging aspects of the whole operation. The struts had to be screwed in, but the screw assembly alone weighed about one ton, so we were dealing with the forces of gravity while trying to ease the screws in little by little and avoid digging them into the vacuum vessel. With the help of some highly experienced Toshiba engineers we worked out how to hold the central axis of the gravity support strut screws in position, and made up a special mechanism to minimize the load on the screws. In this way we managed to assemble all the support struts to an accuracy of within ±1°. The job was completed successfully, thanks to the expert engineers, who have over 30 years of experience working with screw joints.” 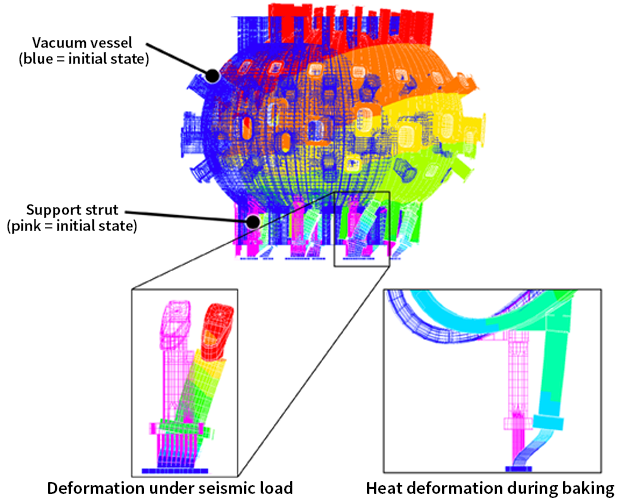 Baking—prior to plasma operation, the vacuum vessel is flushed to expel air then heated at 150 – 400°C for several hours or even days to gasify or vaporize residual surface impurities

Every major project process has its challenges—but for the JT-60SA, every step of the way was a new challenge—so say both Yusuke Shibama from QST, who was involved from the initial design stage, and Masaya Hanada, deputy director at the Naka Fusion Institute, who oversees the construction of the JT-60SA. They believe it was a combination of a great many innovative solutions in areas such as high-precision welding that got them there in the end, and are full of praise for the partnership with Toshiba.

“We knew that Toshiba had some really experienced manufacturing engineers with the expertise to be able to address any technical challenges that came along,” says Shibama. “Without them, we wouldn’t have been able to come this far. They’ve got people with over 30 years of experience in specific areas—the absolute experts in the field. It’s that level of expertise that really sets them apart.”

“Toshiba is like a breeding ground for excellence,” he adds. “The engineers there are constantly polishing and refining the technology, like a samurai polishes his sword. They made the vacuum vessel in-house, but they’re equally dedicated to working with us to assemble components sourced from other manufacturers. At a meeting they’d produce a report as big as a thesis, and we would love to go through it. Toshiba and QST worked together really well on the JT-60SA, and I think it’s important to share that particular journey with others for the sake of posterity.” 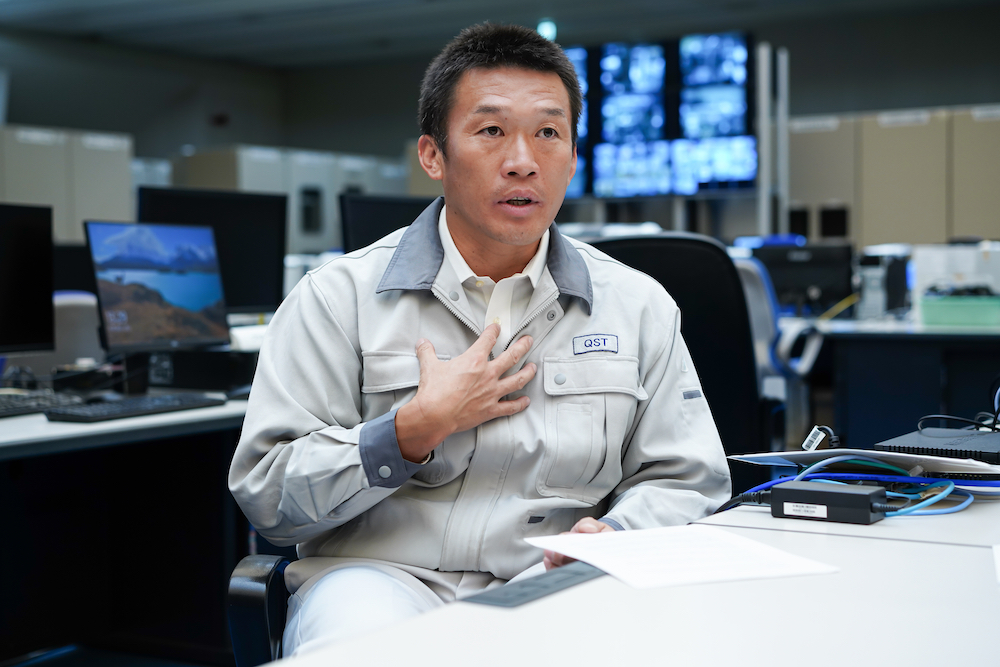 Hanada describes fusion as the “department store of engineering. To develop fusion you need not just specialized fusion engineers, you also need people who understand the technical complexities and can manage the project overall. Working with Mr. Sagawa on the JT-60SA was highly productive not just for us but for Japan in general. Because it lays the groundwork for the future of the fusion industry in this country and the people who will run it. I think we’ve got a real advantage in this field.” 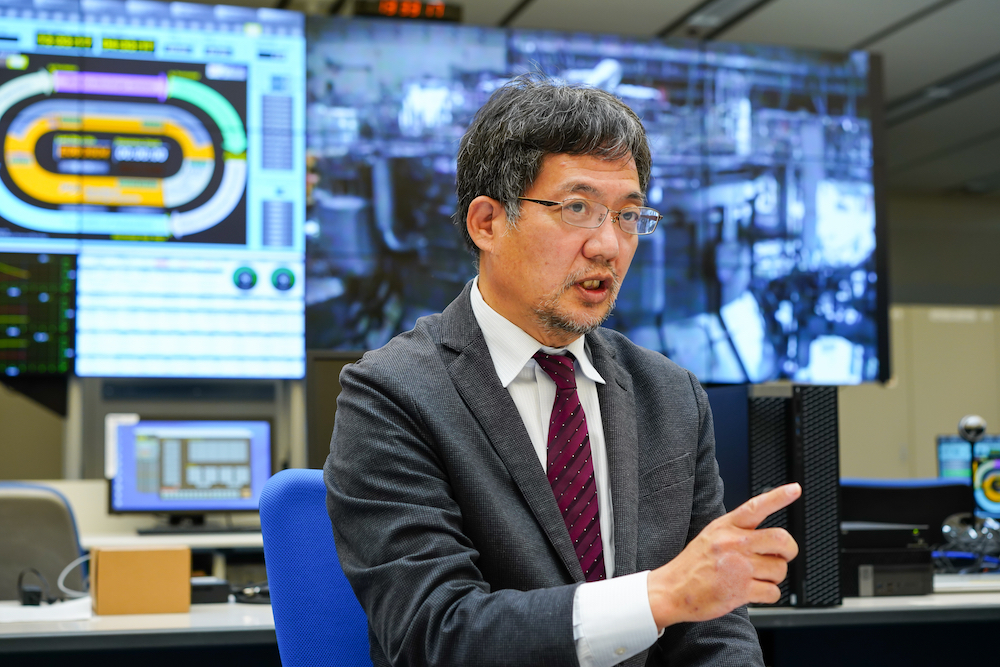 Toshiba has been working on fusion since the 1970s, and this longstanding expertise proved invaluable in tackling the veritable plethora of technical challenges with the JT-60SA—not least the torus design, the superconducting coils, the power source and the heaters. Toshiba also boasts years of experience in industrial plant construction and field engineering. According to Sagawa, this enormous “Toshiba knowledge base” was pivotal to the success of the JT-60SA.

“The process of assembling the JT-60SA threw up an array of unexpected and unanticipated challenges: electrical, mechanical, material, physics and welding, just to name a few. Toshiba has expertise in literally all of these areas. We have incredible depth and breadth in our knowledge base. We’ve been working on fusion for nearly half a century, and on top of that we’ve installed nuclear power stations and other industrial plants all over the world. It’s this level of experience and expertise that saw us selected for the JT-60SA project.”

QST is equally effusive about the Toshiba knowledge base, and about the future of their partnership with Toshiba on fusion research. The project is really starting to gear up, for plasma ignition. Hanada puts it this way: “There wouldn’t be a plasma researcher around who isn’t excited at the prospect of doing cutting-edge research on the world’s largest fusion device. Plasma ignition is just the latest installment in this exciting journey.” It is up to the engineers and technology leaders of the future to keep toiling away at the front line, for the benefit of humankind. 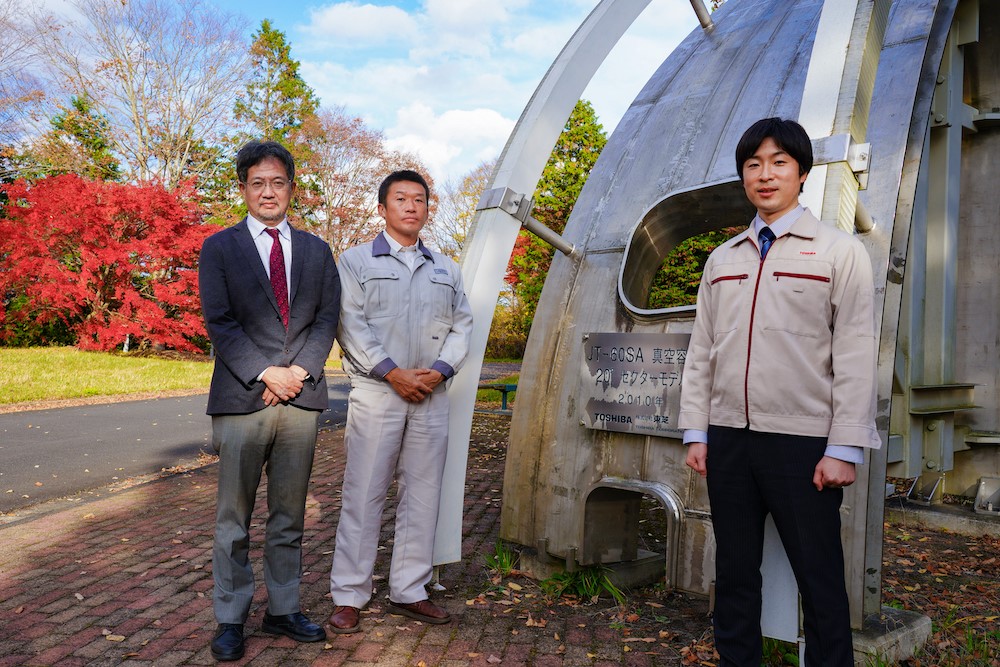 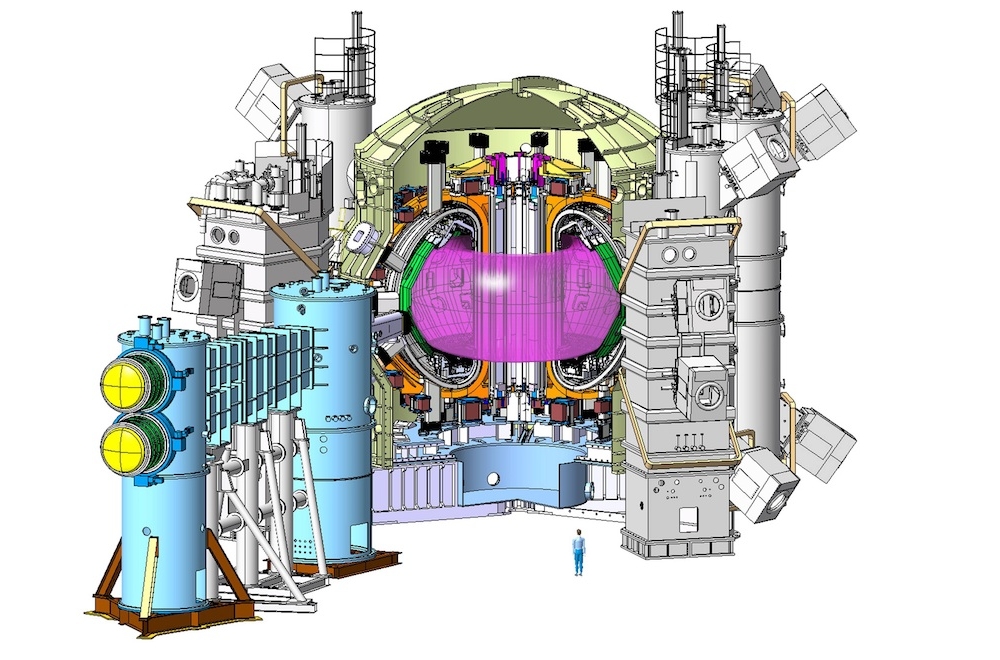 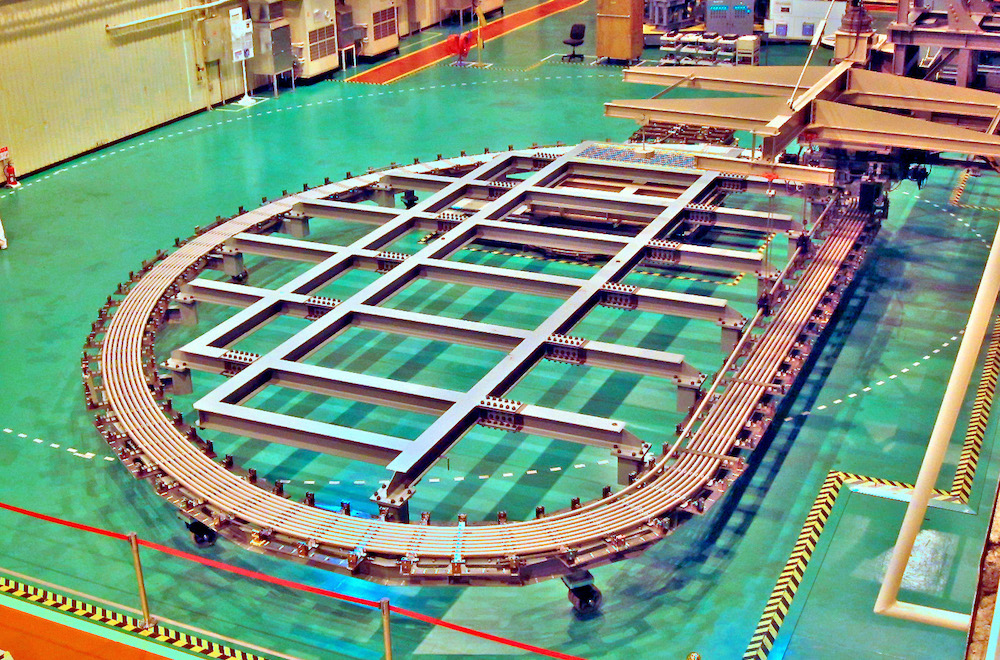