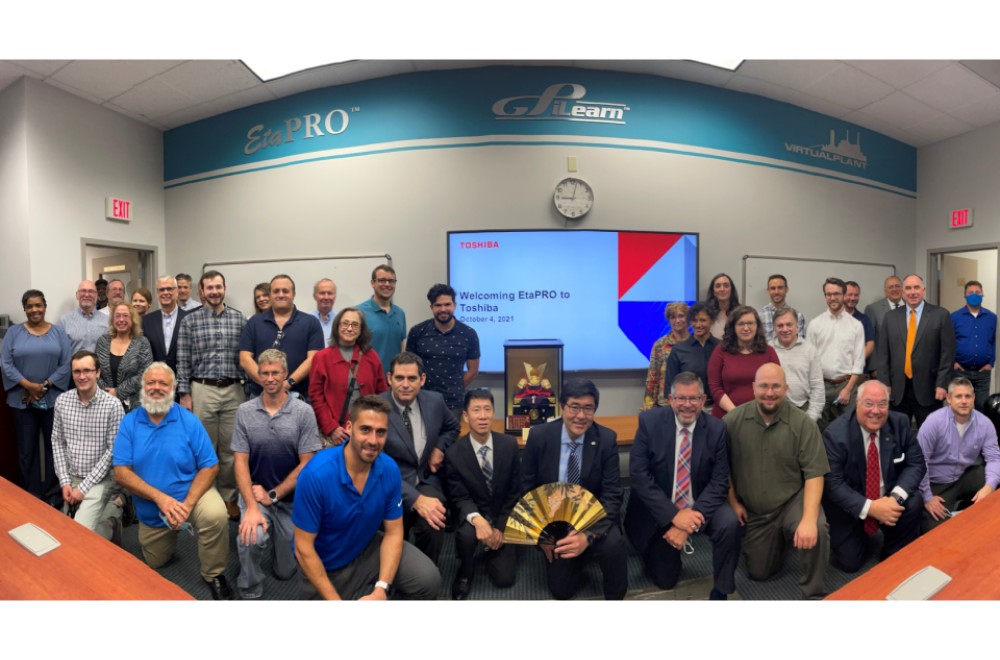 In part one, members at the forefront of the acquisition project spoke about the objectives behind it. Toshiba is currently pursuing a digital transformation strategy that will see it create new value by extracting data from the real world, analyzing it in cyber spaces, and then feeding it back again to the real world. This mechanism is known as Cyber-Physical Systems (CPS). How will this acquisition tie into Toshiba’s efforts to drive value creation? Part two will take a closer look at what went on behind the scenes of the acquisition planning as well as how EtaPRO™ will be applied. 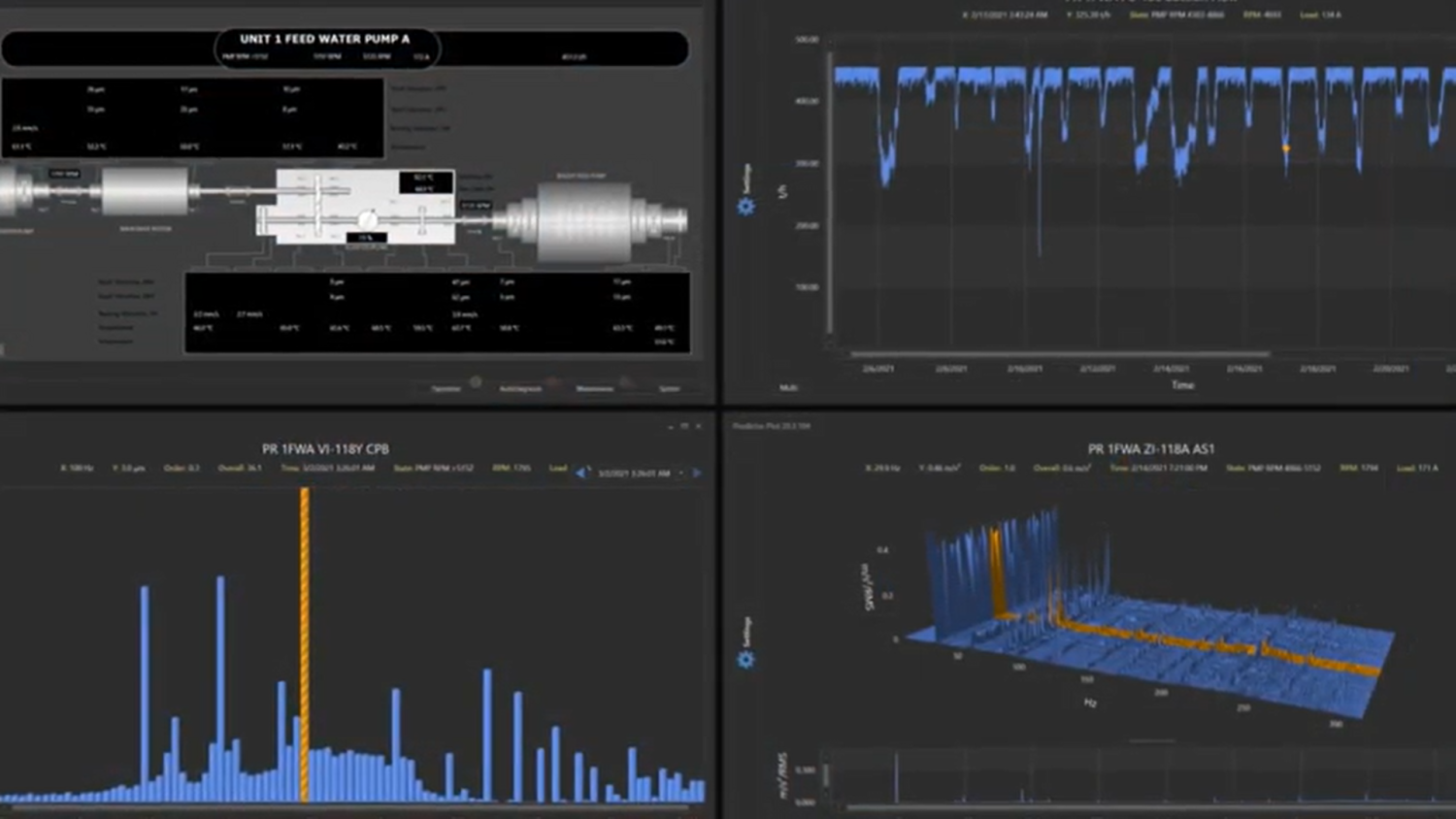 How an engineer’s diligent work helped overcome “due diligence hell”

“We faced more difficulties than we anticipated. Due diligence took close to three months,” says Koichi Kitaguchi matter-of-factly. Kitaguchi headed the acquisition project on the Toshiba side and currently manages the EtaPRO™ business.

What happened behind the scenes of the EtaPRO™ acquisition? GP Strategies, the seller, said they wanted to complete the formal signing within a month. While the team worked urgently on their investigation, it didn’t quite proceed as planned. In Kitaguchi’s words, work that was “the process of making sure to proceed one by one” .

Due diligence is the process of investigating factors such as the values and risks of a company one plans to acquire or invest in. It is an essential process for properly assessing the value of acquisitions and investments as a basis for decision-making. Takehiko Matsushita, who works on energy-related products at Toshiba Energy Systems & Solutions and was on the acquisition team, reveals that “the most difficult thing was deciding who would be on the team.” 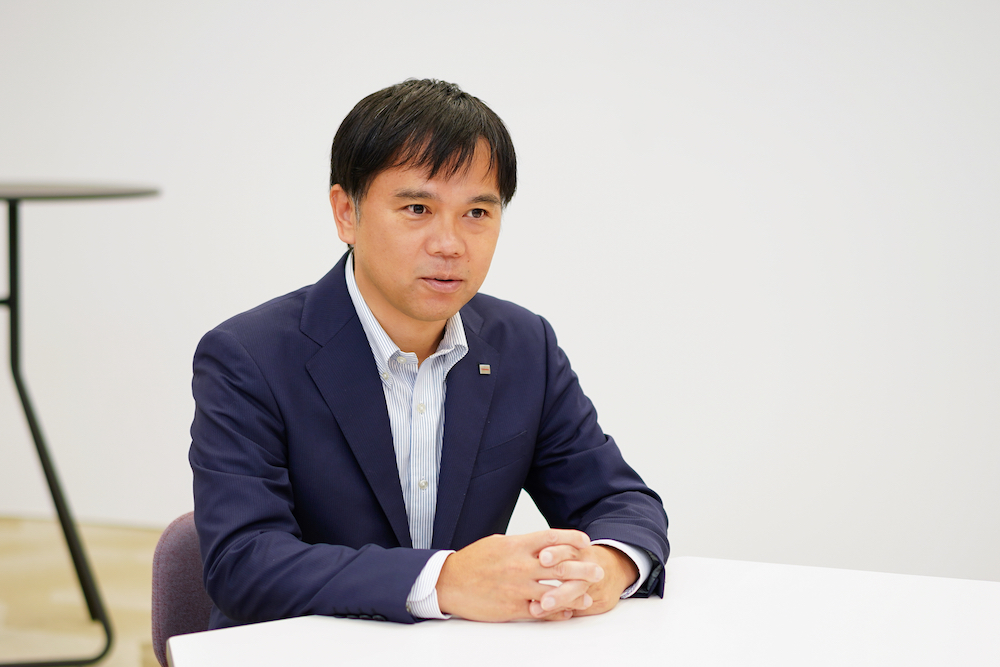 The acquisition team needed members who could understand the EtaPRO™ service and properly assess its value. However, sensitive information about costs are revealed during the due diligence process. It was therefore necessary to avoid appointing team members who are involved in the business of purchasing EtaPRO™ software and providing it to customers in the course of their day-to-day duties, in case the acquisition did not go through. Finding suitable candidates proved to be incredibly challenging, but there was someone who met all the conditions: Kitaguchi, who belonged to the research and development division at the time and had expertise in overseas services business.

Various processes must be completed before an acquisition can go through. “The toughest thing was due diligence. I had been away from the frontline of business for a while, and it took some time to get my intuition back,” says Kitaguchi, with a wry smile. While “due diligence” may be a single term, it actually encompasses assessments of a wide variety of areas—business, finances, taxation, legal affairs, human resources, intellectual property, customers, and more. Each of these areas has their own team. At first glance, it can be difficult to know where to start. “First of all, it took two weeks to locate the data we needed,” says Kitaguchi, looking back over his days struggling to get through the much data. 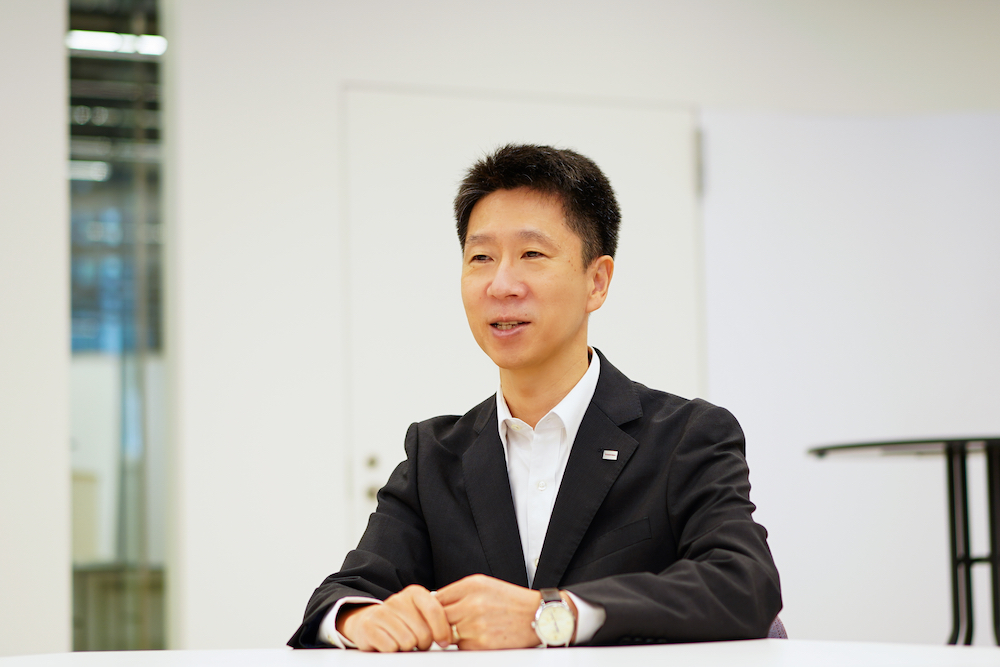 What was the driving force that got him through the two weeks of painstaking labor? You can tell Kitaguchi is an engineer from the way he answered.

“As an engineer, it suited my personality to check documents in painstaking detail from beginning to end, and consider problems, challenges, and solutions. I just kept diligently working away at it. Before long, I felt the joy of everything coming together like the pieces of a puzzle becoming complete. Personality-wise, I find this type of work to be very interesting, so I was able to get through it without having a breakdown.”

How Toshiba’s sincerity and respect brought joy to EtaPRO™ members

However, due diligence is just the starting point of an acquisition. Once that’s complete, the team needs to work carefully to build an internal consensus. Since it was the first M&A project for the business of Matsushita and Kitaguchi, they had to repeatedly explain what kind of risks were envisaged, the extent of results that could be expected, and how GP Strategies perceived it. At long last, they finally got the go-ahead from the management team, who were initially hesitant.

More specifically, the biggest risk factors anticipated was an outflow of talent. It might sound like a bad joke, but key members are sometimes encouraged to quit by staff in the company being acquired who oppose the M&A. In some cases, a whole team might leave and join a rival company. If this happens, the M&A is pointless, because it is impossible to expand or grow the acquired business, and the anticipated synergy is lost. In the worst case, the organization itself may collapse.

“The outflow of valuable talent is a major risk,” says Kitaguchi. However, GP Strategies and Toshiba had been working together since 2016, and the relationship of trust built through their collaboration was key. Cyber-Physical Systems (CPS), a focus area for Toshiba, is also said to have helped.

“Toshiba is looking to analyze real world data in cyber spaces and create new value. A deepened understanding of CPS was advantageous in the acquisition. Hopes are high for the combination of the data generated by EtaPRO™ and analysis by Toshiba’s AI and other systems. We believe that this will stop people leaving.”

But, how do members of EtaPRO™ themselves feel about the acquisition? We asked them to find out.

Members of the EtaPRO™ team, who will be joining Toshiba. Hopes are high for the future of the team.

“Toshiba is a world class technology company with a rich history. We are proud to join such an impressive company and are excited by the many opportunities that this acquisition makes possible.” says Shawn Whitecar (EtaPRO™ LLC, Director and Chief Technology Officer).

“The EtaPRO™ business enjoyed many successes as part of GP Strategies, but we knew that becoming part of Toshiba and the Cyber Physical Systems initiative would offer opportunities well beyond what we could have previously imagined. The excitement this opportunity created within the EtaPRO™ team was amazing to watch unfold.” says Bill Green (EtaPRO™ LLC, Senior Vice President and Chief Sales Officer).

“We knew we had built something special and wanted to be part of a technology company that could really help us get to the next level. I continue to be impressed by the amount of preparation Toshiba put into the acquisition and transition planning process, which is off to a quick start.” says Richard DesJardins (EtaPRO™ LLC, Senior Vice President and Chief Operating Officer).

“I am very happy to welcome the talented EtaPRO™ team as a Toshiba family. While spending time in the same office, I am amazed again by the wealth of experience and special knowledge of the EtaPRO™ team.” says Kitaguchi again.

Integrating company cultures is a vital aspect of M&A projects. Kitaguchi went to the United States to work on the integration of the two companies. He spoke directly with EtaPRO™ members, who appear to have high hopes for the acquisition. But while the companies do have a solid relationship of trust, the United States and Japan are two very different countries at the end of the day. They have achieved their success on the back of different business customs. Would values be misaligned? “That’s exactly where I’m going to reconcile our ideas,” says Kitaguchi cautiously, before becoming more enthusiastic. He steps up his tone as he continues:

“EtaPRO™ members feel a very strong sense of attachment toward their software. As Toshiba, we of course respect this. In that respect, it’s easy for us to deepen our understanding of each other with EtaPRO™ at the core. I believe that the combination of our differing backgrounds is precisely what will generate new value.”

To see just how much Toshiba respects EtaPRO™, just listen to what Matsushita, who was in charge of the project, had to say when the GP Strategies management team brought up the company name following the acquisition. Toshiba’s sincerity and respect for the company is apparent.

“We suggested naming the company EtaPRO™ LLC without a ‘Toshiba’ prefix. This is because many of the EtaPRO™ customers around the world have high hopes for the EtaPRO™ brand, not Toshiba. We fully respected everything they had achieved, so we didn’t doubt this decision for one moment.”

To hear DesJardins tell it, “that one moment brought everyone on board and set the collaborative tone for the remainder of the acquisition process.”

Slowing down global warming with synergy between data and AI

In M&A projects, synergy is the secret to success—the goal is to bring two companies together to produce more than simply their combined total. The key to achieving this is not only software development by experts with specialist knowledge in power plant performance technology, but also the power of data analysis. Data on the operational status of power plants that have introduced EtaPRO™ is like a treasure chest. The advantages of this data are now going to be multiplied with Toshiba’s strengths in analysis using AI and other technologies. In other words, both software development and data analysis together are going to drive the service’s growth. Here’s what Akimasa Nakai, who leads power generation technology at Toshiba Energy Systems & Solutions and has supported the development of EtaPRO™, has to say. 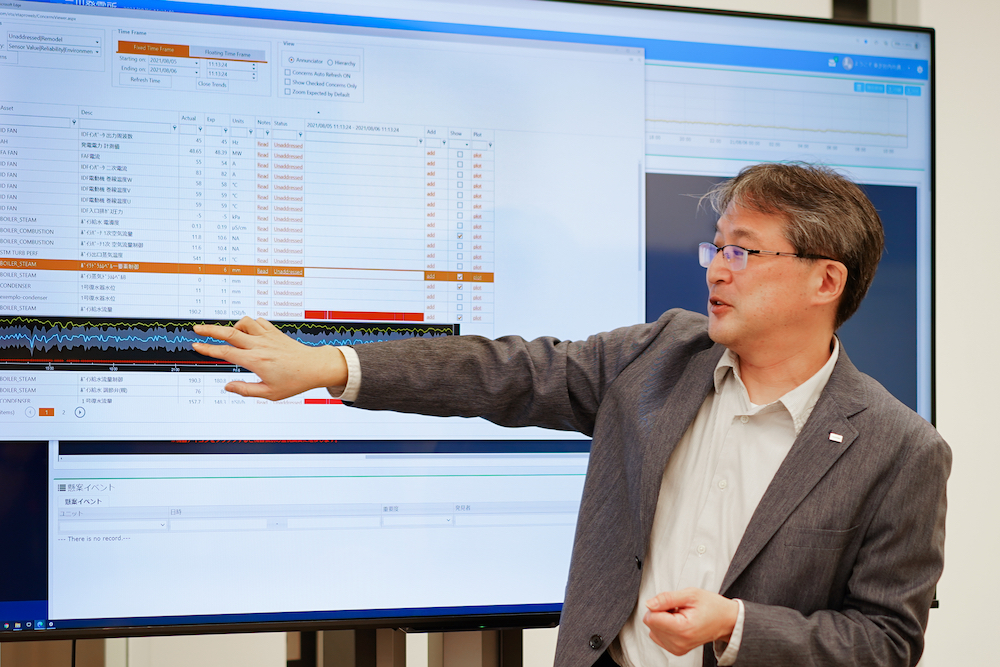 “EtaPRO™’s failure diagnosis algorithms judge whether data falls within a defined normal range. Toshiba will use that data to train an AI on normal operational conditions. We will then use that AI to predict the behavior of individual power generating devices, ascertain the extent to which this behavior deviates from actual values, and meticulously detect anomalies. This will enable more accurate predictive diagnosis than ever before.”

As it aims to create new value through the combination of data and AI, Toshiba is looking not only to economic aspects, such as operational efficiency, but also to environmental considerations. Matsushita, who is in charge of this business, speaks in an assertive tone in consideration of the social challenges facing the world.

“While EtaPRO™ does have some amazing features, if you don’t use it right it’s just another piece of software. You need something beyond that, so to speak. When combining the software with Toshiba’s expertise, it’s important not only to prevent power plant failure, but also energy loss. There are still power plants around the world that are operating less efficiently than expected. Our goal is to contribute to the efficient generation of power with a small amount of energy, and help drive progress toward decarbonization. I imagine the level of CO₂ reductions will be a performance indicator.”

Nakai and Kitaguchi nodded along as they listened to Matsushita’s vision for the not-so-distant future. The acquisition of EtaPRO™ will be a litmus test for Toshiba to use CPS to generate social value and achieve its management vision: Committed to People, Committed to the Future. 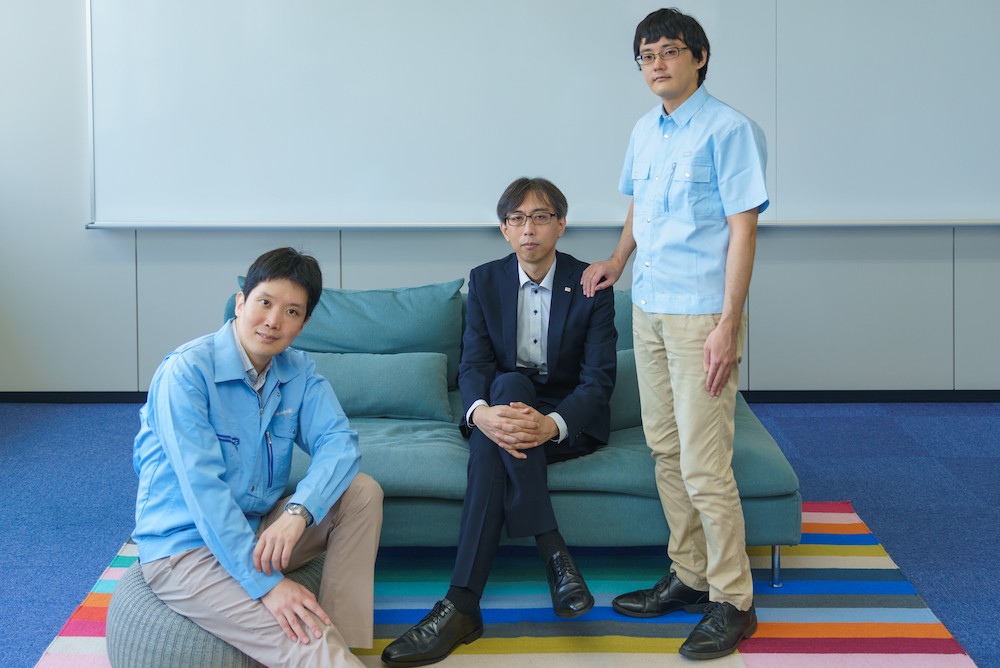 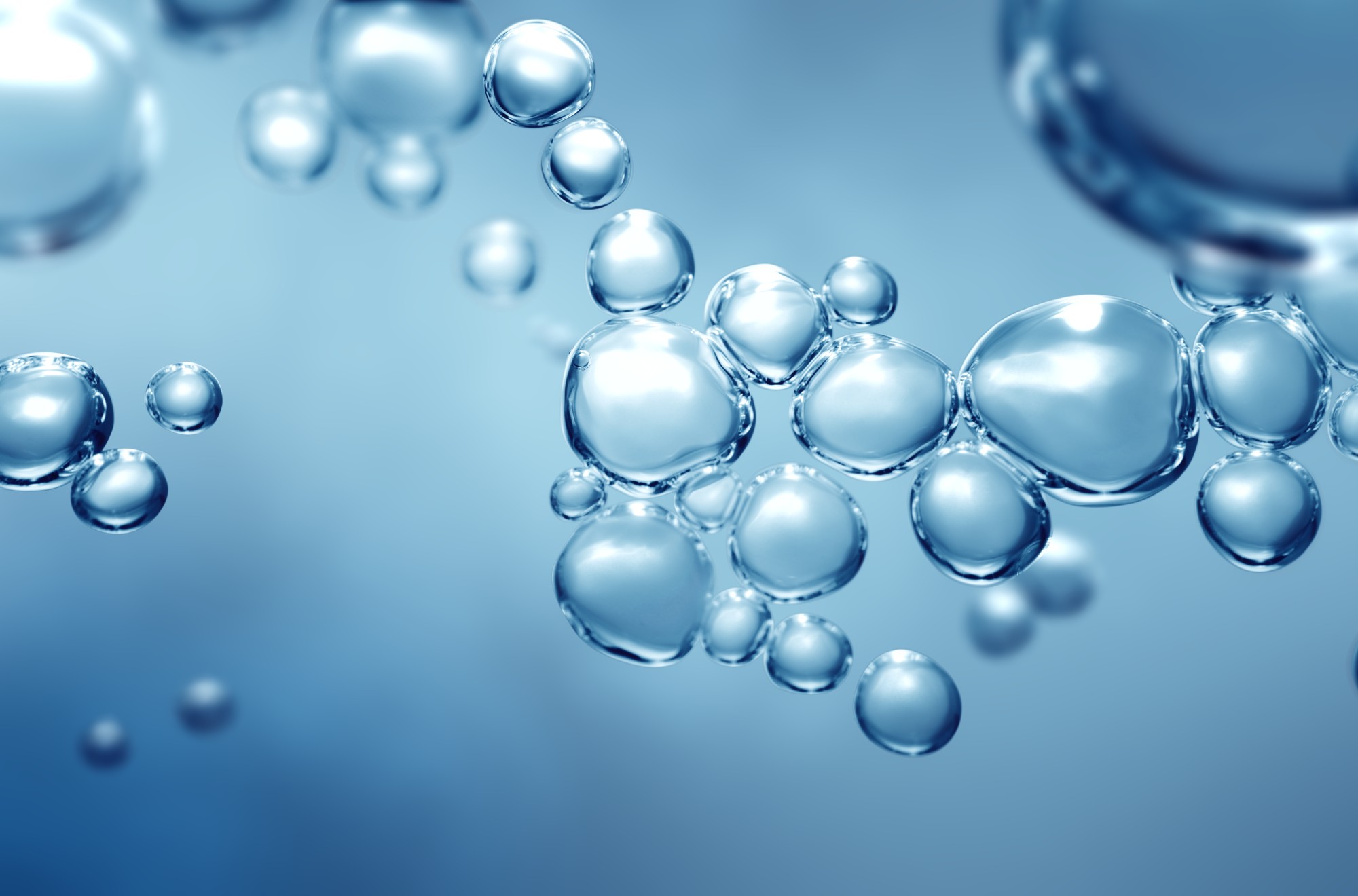